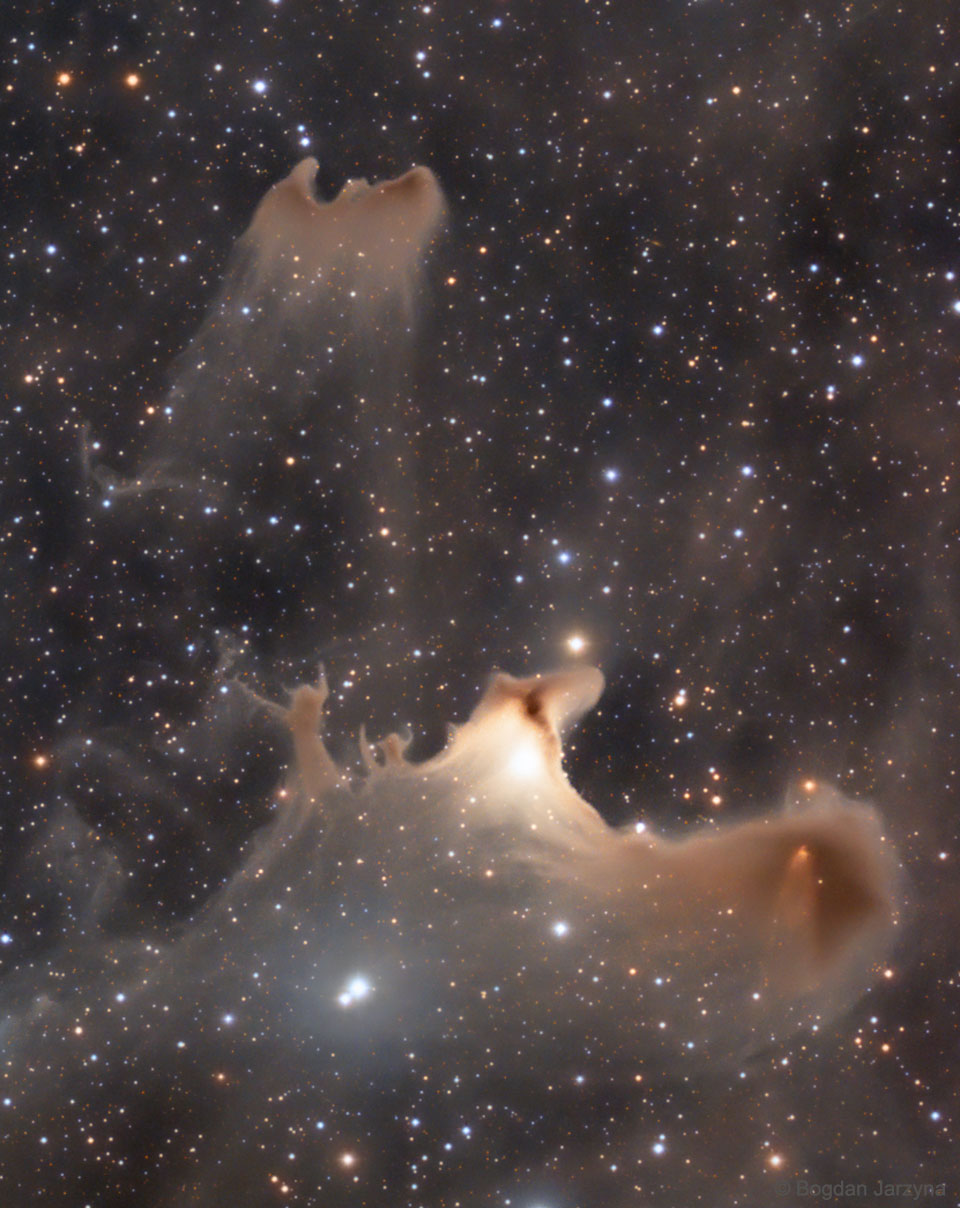 Do any shapes seem to jump out at you from this interstellar field of stars and dust? The jeweled expanse, filled with faint, starlight-reflecting clouds, drifts through the night in the royal constellation of Cepheus. Far from your own neighborhood on planet Earth, these ghostly apparitions lurk along the plane of the Milky Way at the edge of the Cepheus Flare molecular cloud complex some 1,200 light-years away. Over two light-years across and brighter than the other spooky chimeras, VdB 141 or Sh2-136 is also known as the Ghost Nebula, seen at toward the bottom of the featured image. Within the reflection nebula are the telltale signs of dense cores collapsing in the early stages of star formation. via NASA
Posted in Blog | Tagged APOTD